You can contact Sublimis through this website or by phone. We will request you to send us 3 pictures of the areas you wish to enhance (front, side and angle) so the doctor can examine them. Even though we cover all the pre medical exams, we suggest our patients to get them done before traveling; this will ensure your eligibility for the desired treatment.

After you send us all the information, we will forward the pictures and exams to the doctor. The doctor and his team will examine the pictures and medical exams in order to confirm that you are fit to undergo the treatment you are interested in. Finally we will send you an approximate cost as well as the length of your stay and all kind of recommendations.

Once you have all the information and price of the package, you will have time to think about it and you should ask any and all questions you may have. We recommend not going into surgery having any unanswered questions, doubts, or concerns. You should send us an email with anything you would like answered.

Once you have decided to come, we will confirm you the date of your treatment and you will have to make your initial payment. After that we will take care of all the hotel reservations and transfers in order to organize under the best conditions your surgery and your stay.

Fifth Step: Your Arrival to Córdoba

Once you arrive at Cordoba’s International Airport a Sublimis bilingual assistant will welcome you and transport you to your hotel in a private vehicle. Your assistant will give you a cell phone in order to keep in touch with her/him. She/he will go over your schedule and details of your trip as well as get you acquainted with the place you are staying. The second payment must be done.

Prior to your requested procedure, you will have your medical exams completed. After that, Sublimis will program all your preoperative consultation with your surgeon and anesthetist as soon as possible. The surgeon and the anesthetist will answer all your questions and you will have to agree on the expected results of your surgery. You will have to discuss the possible alternatives and show that you understand well the risks of the intervention.

After having completed your medical exams, meeting the surgeon and anesthesiologist, you will have the treatment done the following morning. .

After the surgery, the surgeon will give you several instructions about the recovery you must have. During the first few days it is common that you feel some discomfort maybe some pain. We recommend at this time that you follow the doctor's exact instructions eating, drinking, resting, etc.

Finally, at the last consultation with your surgeon, the stitches will be removed (if applicable) and you will be granted a medical authorization from the doctor to return to your home country. Your bilingual assistant will pick you up and take you to the airport in order to fly back home.
Back home we will remain in contact with you considering that your recovery is very important to us. Medical follow-up consultations using e-mails as well as the phone are available constantly in addition to consultations with recommended surgeons in your country if needed. .

WHY SO LOW COST?

Sublimis provides you the best medical treatment under the care of highly qualified professionals. You may wonder how it is possible that the prices are so low. This is due to two main factors:

Its name comes from the Latin “argentum” (silver), it is given y the first Spanish conquerors who were looking for the high-priced metal in their trips to the River Plate (Río de la Plata).

From those expeditions, Argentina receives its name. Nevertheless, it was not named in this way until 1853, year in which the National Constitution is sanctioned. It called the country: Republic of Argentine in order to be the official name for the designation of the government and National Territory.

Argentine is located in the southern part of America, and presents an extension of 3.76 million km2, 2.79 belongs to the South American continent, and the rest to the Antarctic continent. Due to his extension, it occupies the fourth place of America and the sixth place in the world.

In the continent, 5,000 km of coasts and 9,000 km of international borders form its contour. With a frontier perimeter of 9,376 kilometers Argentina borders on Uruguay, Brazil, Paraguay, Bolivia and Chile.

Argentina has four types of main climates: cold, arid, warm and temperate warm. This is possible due to the diversity of relief accidents and the extension of the territory.

The relief consists in a vast plain that included prairies and savannahs, plateaus and mountains.

The current population is about 37 million inhabitants, approximately, 45% reside in Federal Capital and Great Buenos Aires. Between the native Argentineans, a 95% are of European ancestry, and only 5% rest includes mestizos (cross of European and native) and pure native population.

In Argentina exists freedom of cult. It keeps as main religion the Roman Apostolic Catholic, however, the nation practice others such as the Protestantism, the Judaism, Islam, the Greek orthodox religion, the orthodox Russian.

The official currency is the Argentine Peso (ARS).

The official language is the Spanish.

The flag is composed by three horizontal strips: a central white with a rising sun and two external, blue celestial.

The national flower is the one of the tree called ceibo and the national stone is denominated Inca rose or the rodocrosita.

According to the National Constitution, the Republic of Argentina is governed with a representative, republican and federal system, and it exists a division of three powers: Executive, Legislative and Judicial. The citizens choose a President that carries out the Executive authority and a vice-president, during the term of four years, being able to be reelects by a single consecutive period. The president chooses his ministers, who advises him and help to manage the following areas: Outer interior, Relations, Defense, Economy, Education and Justice, Works and Services Public, Work and Social Security and Health Publish and Social Action.

The National Legislative Power is had by two cameras that conform the National Congress: the Senate and the one of Deputies.

The Judicial Power of the nation is performed by the Supreme Court of Justice, the Federal Cameras and the federal Judges.

The Argentine Republic is integrated by 23 provinces, and the Federal Capital, Buenos Aires.

The citizens of each province choose their respective provincial governments, who consist in a Governor (Executive authority) and a Legislature, according to each provincial constitution. These authorities take care of, among others subjects, the municipal regime.

Cordoba city is located in the Province of the same name in the heart of Argentina.

It was founded in 1573 by Jerónimo Luis de Cabrera, and it is a catholic city with a great number of churches and colonial-style buildings. Also, it is a national educational and artistic centre with well-known universities resulting in a very young atmosphere. It is recognized as the “students’ city”. It is the second largest city in the country with a population of 1.8 Million of inhabitants.

Province area belongs to the Pampean region and It has around 8.4 millions hectares are apt for agriculture. Livestock and agriculture provide 25% of the income. The agriculture is based in soybeans, maize, wheat and cereals. Cattle are centered in Native American goat, sheep and cattle breeding. The food industry around milk, oil and other cereal derivatives is also very significant. Other important industry is the cars manufacturing and of agricultural machinery. 20% of the province income comes from the Industry. Tourism is other of the growing industries due to the mild weather, numerous landscapes full of small rivers and low height green hills where all kind of adventure can be performed with professionals: windsurfing, climbing, trekking, horse riding, aladelta, hang-glider among others. Around 3.0 million tourists not only from Argentina but from other countries, visit Córdoba every year.

The climate of the county is of continental temperate type. Their climate is severely mediterranean, with warm summers, not extremely strict, and fresh winters. The temperature annual average is understood approximately 16°C. The precipitations register fundamentally during the summer, overcoming the annual 800 mm, not including the northwest where the rains rarely complete 200 mm per annum. Because of the combination of singular natural elements it is likely to find in the County of Córdoba distinctive regional climates and local particular microclimates.

Cordoba presents two thirds of its territory with plain areas, wich belongs in part to Pampean plain, an in part to Chaquenian plain. Then the plain rises until the foot of the mountainous chains belonging to the system of the Mountains.

Although the plain is very uniform, it presents extensive depressions that give place to two important formations, a the large salted lagoon called Mar Chiquita and the other one the extensive half-deserted plain called Salinas Grandes, covered with salt; both located in the north of the province. Also, there are low lands in the south: plain of the Carlota and the surroundings of the lagoon called La Amarga. At the west of the county they are distinguished three mountainous relieves that integrate the most southern cord in the Mountains Pampeanas, clearly under the name of Mountains of Córdoba. It occupies great part of the region, being guided of north-south, their oriental cord are characteristicly soft on the contrary of the Westerners which are abrupt, corresponding to the Mountains Pampeanas.

Córdoba has beautiful scenarios in the county as well as many shows and interesting historical places in the city. It is possible to visit them while in Argentina. Tourists will find security and comfort in this city. Tourism can be enjoy in many way, Córdoba has many options such as:

PHOTOS FROM CÓRDOBA AND ARGENTINA 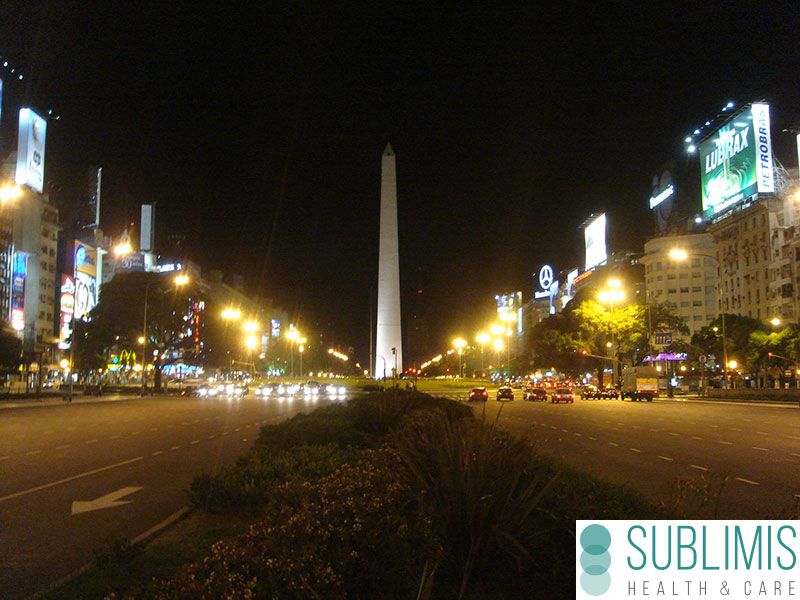 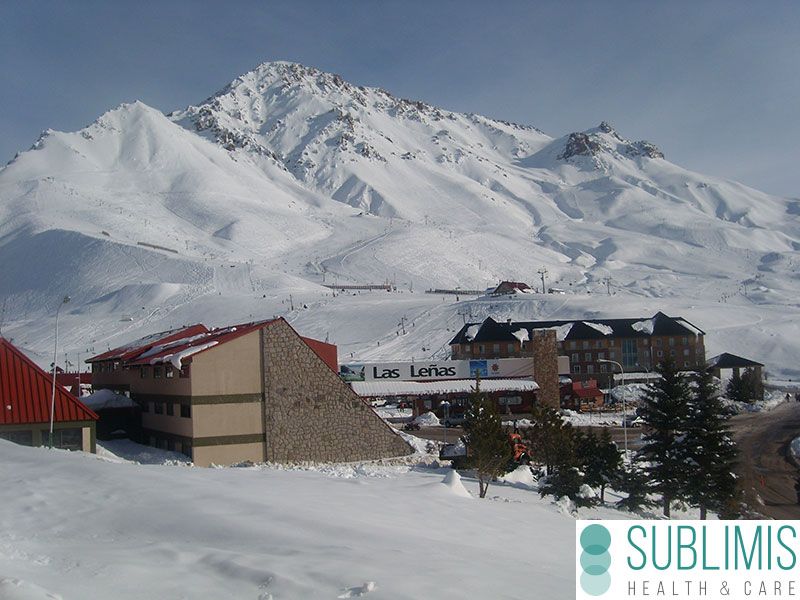 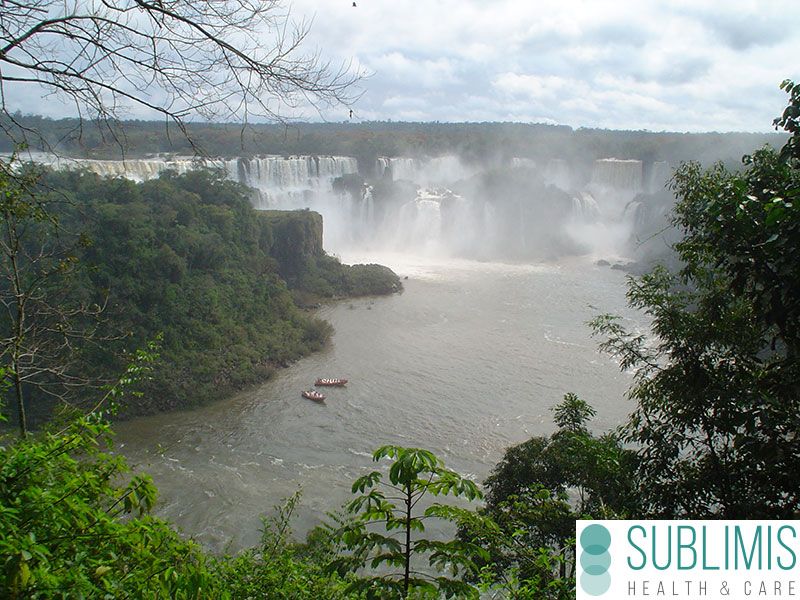 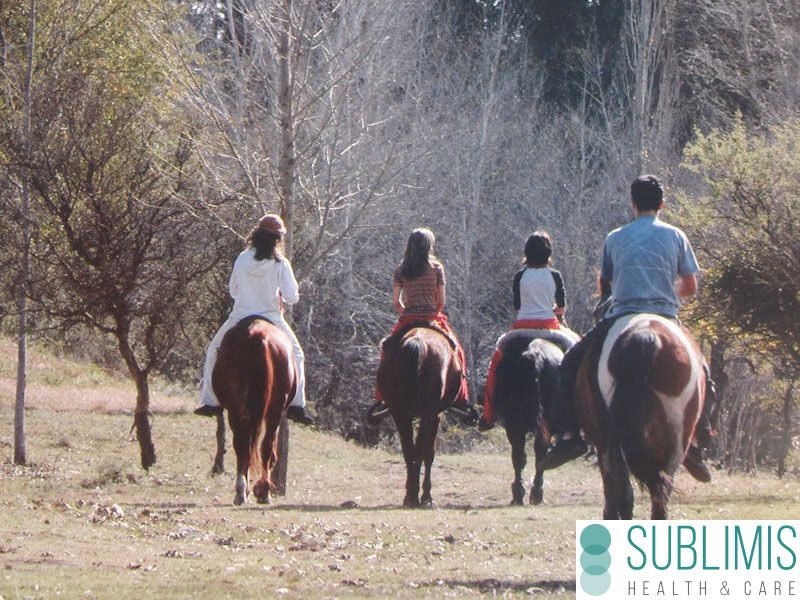