Intracytoplasmic sperm injection is a laboratory procedure developed to help infertile couples undergoing in vitro fertilization (IVF) due to male infertility or subfertility. ICSI is a form of micromanipulation that involves the injection of a single sperm directly into the cytoplasm of a mature egg (oocyte) using a glass needle (pipette). This process increases the likelihood of fertilization when there are abnormalities in the number, quality, or function of the sperm.

ICSI treatments are generally not successful when used to treat infertility that are due to poor egg quality.

A variety of abnormalities can cause male infertility or subfertility. Sperm can be absent from the semen (azoospermia). Sperm may have poor motility (asthenozoospermia) or have an increased percentage of abnormal shapes (teratospermia). There may also exist functional abnormalities which prevent the sperm from binding to an egg and fertilizing it. Indications for Intracytoplasmic Sperm Injection:

Fertilization occurs in 50% to 80% of injected eggs. The ICSI process may damage a small percentage of eggs. The fertilized egg may fail to divide, or the embryo may arrest at an early stage of development.

Approximately 30% of all ICSI cycles resulted in a live birth, which is comparable to rates seen with standard IVF. Younger patients may achieve even more favorable results. Factors such as poor egg quality and advanced maternal age may result in lower rates of success.

ICSI does not increase the incidence of multiple pregnancies as compared to standard IVF. Since ICSI is a relatively new technique, first performed in 1992, long term data concerning future health and fertility of children conceived with ICSI is not available.

Studies have shown that the incidence of a congenital malformation called hypostapdia (urethra opening on underside of penis) is higher in babies conceived through ICSI. This is an area of ongoing investigation.

Due to the fact that some causes of male infertility are related to genetic problems, male babies may have fertility issues in adulthood.

In spite of these concerns, ICSI is a major advance in the treatment of severe male infertility. 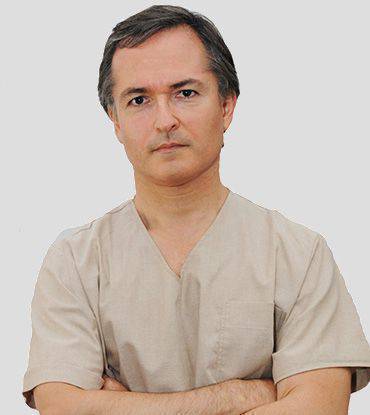 How much does a ICSI cost abroad? The reference price for a Intracytoplasmic Sperm Injection in Argentina is USD 1,750 but this may vary according to the needs and requirements of each patient. Please fill in the form below to contact us and get your free quote!

We meet all the biosecurity measures in the health industry during the Covid-19 pandemic. To be able to perform a fertility treatment you must have a negative test result for coronavirus.

Written by Gustavo Gallardo, M.D.
Last update: 30/08/2022
Note: This information serves as support and does not replace your doctors opinion.

Fertility treatments are usually performed using controlled ovarian hyperstimulation in order to obtain an adequate number of ovules and embryos. If more embryos than the ones needed are obtained, these embryos are preserved using a technique known as cryopreservation, through which embryos are preserved at very low temperatures.

The IVF process consists in fertilizing an egg with sperm in a laboratory. However, the fertilizing process is completely natural since approximately 50,000 sperm are placed with each egg which is naturally penetrated by one of them.

Oocyte Donation is used for women who cannot produce their own eggs or produce poor quality eggs incapable of forming a viable embryo. This process involves the fertilization of the eggs with sperm from the patient's partner. The embryos develop in the laboratory and are transferred into the woman's uterus